Ever since I watched Dr. Sam Wang’s 36-part educational series entitled Neuroscience of Everyday Life, I’ve been fascinated with the brain. I’ve done additional research and written a few blog posts on the subject. This week’s installment on memory comes courtesy of Dr. Catherine Sanderson and her series entitled Introduction to Psychology. 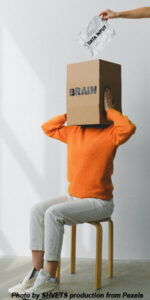 Most of us think that our memory processing works like a computer. We receive input through our five senses, we encode the data, and we place it in storage. When we want to retrieve the data, we go back into our data repository and pull it back up. While we might admit that we don’t quite capture or retain all of the data, we generally believe that the parts we store accurately reflect the source data.

The truth of the matter is that memory is a constructive process. As discussed in an earlier post, memories get stored in shorthand based on what the brain considers important. In particular, we pay attention to certain bits of data and ignore the rest. There’s also good evidence that we erase and re-write our memories every time we recall them, often changing them in the process. And, we invent details to fill in the gaps and create a more coherent story.

Of all of the memories that we might think we’d retain accurately, those related to major life events would top the list. Dr. Sanderson refers to them as “flashbulb memories” – e.g., where you were and what was happening when the twin towers fell on 9/11. Yet even those memories are subject to change, in part because we tend to process them a lot. And with each recall, we make subtle changes to the story arc. At first, we might get a twinge to suggest that something isn’t quite right. Over time, those small adjustments become entrenched. As my father used to say about one of my relatives: “The first time she tells a lie, she knows she’s made it up. The second time she tells it, she’s believes it’s true because she has heard it before.”

Here are a few other factors that put a monkey wrench into our total recall:

Based on our current understanding of neuroscience, Dr. Sanderson offers the following advice for those who’d like to improve memory:

One final little tidbit from Dr. Sanderson: Our most vivid life memories form between the ages of 15 and 30 because that’s when many of our first-time life events occur. Perhaps those of us on the far side of 30 should try squeezing in a few novel experiences!