In my last post, I wrote about the 5 stages of grief: Denial, Anger, Bargaining, Depression, and Acceptance. If you’ve been on the receiving end of difficult news or supported family members, friends, or acquaintances as they process troubling circumstances, I imagine that you’ve had some experience with the process. It’s hard to know what to do or say to ease another person’s suffering.

For those of us who desire to be a comforting presence for others, Dr. Robert Buchman offers sage advice in his book, I Don’t Know What To Say. In short, simply providing space for letting your companion talk about his or her distress can help relieve it. You don’t have to have any answers or solutions. Being an attentive listener can be a healing balm. 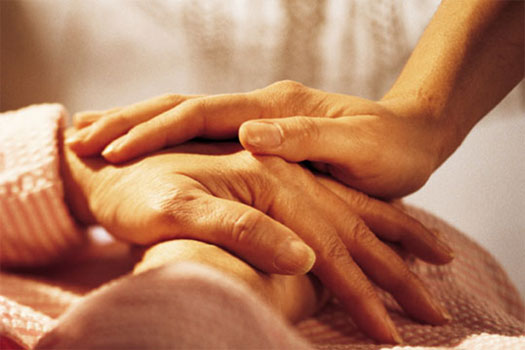 A few practical tips for conversation:

At the end of the day, it’s not about what you do or say; it’s about how well you connect. The more you try to understand your friend’s feelings, the more support you are giving. To that end, try to stay close enough that you provide an empathic response while keeping sufficient distance to avoid losing yourself in the heat of emotion.

Elisabeth Kübler-Ross provides really useful insights in her seminal book entitled On Death and Dying: What The Dying Have to Teach Doctors, Nurses, Clergy, and Their Own Families. In a nutshell, patients consistently said that empathy from their loved ones proved immeasurably helpful when overcoming the shock of an unfavorable prognosis. They also wanted partners who’d walk hand-in-hand with them through their treatment and, in time, their passing.

Kübler-Ross teaches us to be mindful of the different stages of grief. They are:

Folks generally don’t process these stages in a linear fashion. One can bounce around between denial, anger, bargaining, and depression for quite awhile before (hopefully) finding acceptance. And just as patients undergo this process, so, too, do their loved ones.

I lost my beloved father 3 years ago this week. He was ill for many years and spent his final months in a skilled nursing facility. I thought I’d fully processed my grief until I happened upon Joan Didion’s The Year of Magical Thinking. It describes her life during the first 12 months after her husband’s sudden death. Her “magical thinking” revolved around denial of the finality of his passing and persistent consideration of what the two of them had been doing together one year prior. I found myself weeping. It tapped the unexpended reservoir of my own grief.

In the wake of those emotions, I wrote the following poem.

When the Light Went Out 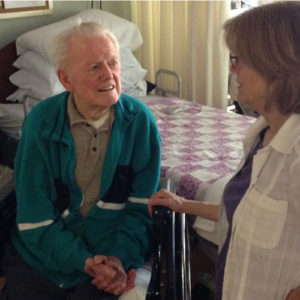 I did not have a Year of Magical Thinking
when my father died.
I was not shaken to the core
when Death came.
I did not expect my father to return.

Death had been an unwelcome companion for years,
Robbing my father of mobility,
Denying him simple pleasures,
Taking his very breath away
All the while gnawing on his fragile frame.

I prayed for the battle to end.
I was there when he claimed a final wisp of air.

Yet all these months later,
I still weep and mourn the loss.

I miss the craftsman who forged my beginning
and had unwavering belief in my future.

I miss the engaging conversations,
The irritatingly wry sense of humor,
The 1000 watt smile,
And the gentle glow of silent affection.

On February 2, 2016, my father died
And the light went out
in that corner of my world.