“Every blade of grass has its Angel that bends over it and whispers, ‘Grow, grow.’”
– The Talmud

Prevailing wisdom tells us that artists are born, not made. If you happened to win the genetic lottery and scored all those creativity chromosomes, you had the potential to become a great director, actor, painter, photographer, musician, writer, and such. Otherwise, you might as well get used to living an ordinary life. Right?

There’s an artist in all of us waiting for the opportunity to find expression. Our mission – should we decide to accept it – is to give that artist the time, energy, attention, and encouragement to flourish. Julia Cameron just might be the person to help us do that.

Julia is an award-winning poet, playwright, filmmaker, composer, and author who has written thirty books. Most noteworthy among her writings is The Artist’s Way, a collection of essays, inspirational quotes, and tools to help readers nurture their creative gifts.

According to Julia, the starting point for creative recovery entails commitment to three foundational practices:

The book proceeds with a 12-week process designed to kick-start each reader’s creative recovery. While there’s no substitute for reading the book and going through your own process, here are a few “a ha” moments that I had while taking this journey:

They first met in 1966. Malka Marom was a wife, mother, and popular Canadian folk singer in the duo Malka & Joso. Her seemingly idyllic life was unraveling as she walked into a dimly lit coffeehouse in Toronto. As she listened to the young singer, Malka felt as though this woman knew her. “And the more she sang, the more her voice became my own.” She was amazed to discover that the woman wrote her own material. She felt certain that she’d become a star. She was right. 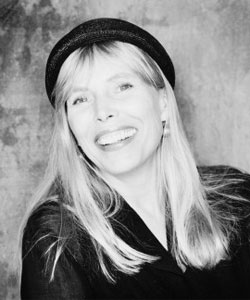 As a journalist seven years later, Malka landed the first of three in-depth interviews with that young woman. It marked the beginning of a close friendship that spanned decades. Joni Mitchel: In Her Own Words allows the reader to sit on the sofa while these two kindred spirits reflect on the life of an extraordinary artist.

As I read through the material, I took note of several themes that characterized Joni Mitchell’s artistic journey.

She didn’t get caught up in the world’s judgment; she held to her own inner compass. As a young child, Joni was labeled a mediocre student by her teachers. Yet Joni noticed that the “good students” were those who simply spit back what the teacher told them. Joni was interested in the unasked question, or the question that didn’t have an easy answer. So their labels didn’t mean much to her. Years later, Joni drew criticism when her work didn’t attain the expected level of commercial success. She didn’t get worked up about it. She accepted the fact that people wouldn’t always appreciate her artistic growth. She takes pride in her “experimentiveness.”

She identified with being an artist. While her grades may not have inspired enthusiasm, she discovered her skill as a painter by winning an art contest. (She drew the best dog house.) That discovery provided another avenue to distance herself from her banal education. She also leveraged her gift to quell anxiety. When a teacher suggested that she could also paint with words, a poet was born.

She was endlessly curious and inventive. She didn’t want to learn the masters when playing piano; she wanted to write her own material. She played London Bridge is Falling Down backwards to yield a far more interesting sound. She kept fiddling with the tuning on her guitar so that she could continue to explore and re-discover the instrument. She craved freshness and never wanted to sound like anybody else. When asked if she ever feared that the creative well would run dry, she responded: “As long as you still have questions… the muse has got to be there.”

She plumbed the depth of her experience and her emotions to create authentic material. She deemed herself ultra-sensitive, perceiving things that others do not. When writing a song, she was open to the encounter, giving herself the space to experience the miraculous. “The muse passes through you as you allow yourself to experience.” Recording was a process of discovery, searching more and more for reality, not an affectation. She was also keen to experience her songs as she performed them. If she felt that she’d gone on auto-pilot and started thinking about 100 different things, she’d stop.

She made difficult choices in service of her art. Joni and her first husband became a successful folk duo. When she realized that she couldn’t grow with him, she set out on her own. She refused to be a formulaic recording artist who produced derivative material (even of herself!) for the sake of fame or fortune. She turned down highly lucrative performance gigs if the venue, material, or vibe didn’t align with her artistic integrity.

She was never addicted to applause or honorariums. She was driven by her muse, by the need to explore. She felt it was important to “keep a carrot in front of your nose for growth.” At the end of the day, the art was the thing.

“Freedom for me is a luxury of being able to follow the path of your heart, to keep the magic in your life. Freedom is necessary for me in order to create, and if I cannot create, I don’t feel alive.”
– Joni Mitchell

“Creativity is the hallmark of our species… Create whatever causes a revolution in your heart.”
– Elizabeth Gilbert

In 2006, a relatively unknown writer published a memoir that captured “one woman’s search for everything across Italy, India, and Indonesia.” Eat, Pray, Love catapulted Elizabeth Gilbert to international fame, landing her on Time Magazine’s list of the 100 most influential people in the world. In her 2016 New Your Times Bestseller Big Magic: Creative Living Beyond Fear, she offers sage advice for the world-be explorer in all of us.

Ms. Gilbert rejects the notion that some people are simply born with creative talent and others are not. She believes that the Universe buried creative jewels in each and every one of us. As such, the creative life is a treasure hunt through which we unearth and polish our hidden gems. 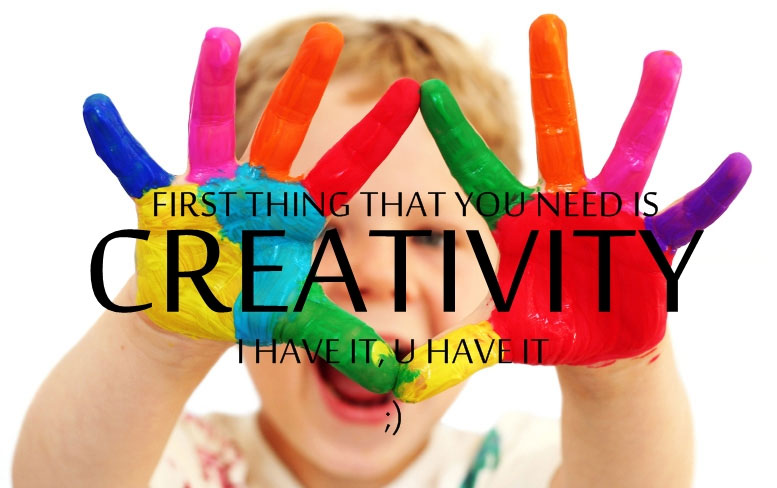 Inspiration plays an important role in the creative process. Ms. Gilbert envisions it as an external genius (“Big Magic”) that’s looking for a willing partner to bring something intriguing and interesting to life. As she says:

“Ideas are alive. Ideas seek out the most available human collaborator. Ideas have a conscious will. Ideas move from soul to soul. Ideas will always seek the swiftest and most efficient conduit on earth.”

Spurred by curiosity, we tap into this consciousness by showing up daily to do the work. Inspiration may come and go. It doesn’t show up on cue. Yet when we trust that it is always nearby, we’ll reap the rewards of its presence.

I find the idea of collaborating with Big Magic appealing. It suggests a process that has more to do with nourishing and birthing embryonic material than bringing something forth out of nothingness. It keeps the ego in check when adulation threatens an inopportune growth spurt, and provides support when the fear (or reality) of failure might otherwise prove crushing. It keeps light and lightness in the creative process.

Ms. Gilbert claims that artists do not need to have special training or credentials to do their work. Even those whose talents have been shaped under the tutelage of master artists must fashion their own creative existence. They must discern which discipline and/or subject matter so deeply touches their souls that external failure or success becomes irrelevant. The creative life simply asks for the courage, enchantment, permission, persistence, and trust to pursue it. As she says: “You must keep calling out in those dark woods for your own Big Magic.”

Creative living can be an amazing vocation. Each project offers the opportunity for personal growth while igniting one’s passion and curiosity. To that end, Ms. Gilbert kept her day job to give her creative instincts the freedom to flourish until she achieved a measure of financial security. She also chose not to give power over to her critics. She recognized that everyone has his or her own inner truths. She simply puzzled out her own truth no matter what the world said.

Creativity is to be enjoyed, not judged. The measure of the creative lies in one’s devotion and ability to endure the highs and lows and all points in between. It’s about bringing forth the work with the right blend of seriousness and lightness.

Big Magic may remain a mystery, yet Ms. Gilbert declares:

“This is how I want to spend my life – collaborating to the best of my ability with forces of inspiration that I can neither see, nor prove, nor command, nor understand.”