“You want Americans to eat less? I have the diet for you. It’s short, and it’s simple. Here’s my diet plan: Cook it yourself. That’s it. Eat anything you want — just as long as you’re willing to cook it yourself.”
— Harry Balzer, Food Marketing Researcher

If you pay a visit to the Center for Disease Control’s website, you’ll run into some rather alarming statistics about obesity in the United States:

In a 2003 study, a team of Harvard economists tied the rise in obesity to “reductions in the time cost of food, which in turn has allowed more frequent food consumption of greater variety and, thus, led to higher weights.” A 2014 study by Drs. Monsivais, Aggarwal, and Drewnowski showed a positive relationship between the amount of time spent on food preparation and diet quality as reflected in the daily intake of vegetables, salads, fruits, and fruit juices.

So what caused us to abandon healthy food preparation? Laura Shapiro, a food historian, provides answers in her book Something From The Oven: Reinventing Dinner in 1950s America. 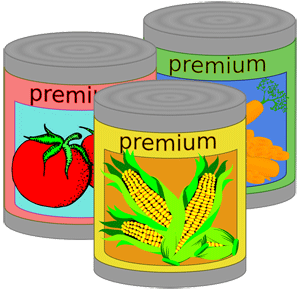 Production of processed food geared up in the early- to mid-1940s to support the armed services during World War II. As the great conflict drew to a close, food manufacturers had substantial capacity to produce freeze-dried, frozen, and canned goods without a ready market to consume them. They turned their attention from military to civilian appetites and supported their product offerings with heavy advertising.

Despite valiant efforts to entice home cooks with the promise of convenience, sales of processed foods did not take off. Ten years into peacetime, households spent only $.07 per food dollar on frozen and canned goods; that figure rose to $.14 in 1960. It was progress, but certainly not the “home run” that industry insiders anticipated. Early offerings did not satisfy American taste buds. Household freezer capacity had a dampening effect on market demand. But the biggest obstacle proved to be the prevailing notions of a woman’s value.

From time immemorial, women have been judged by their ability to cultivate a happy home life for their families. Through home cooking, they demonstrated their care, concern, and affection for their families and friends. Housewives of the 1950s and 1960s equated “convenience foods” with shirking their responsibilities as homemakers. Moreover, the quality of their home-cooked meals reflected their social standing. Middle class housewives aspired to the ideal of “gracious living.”

Processed food advertising capitalized on this sentiment by reworking its messaging around creativity, not convenience. It encouraged homemakers to forego the unnoticed drudgery of meal preparation and invest their time on the finishing touches. For instance: “Don’t worry about baking a cake from scratch. Spend time glorifying it!” Using  so-called “foolproof” formulations, homemakers were also relieved of the stress of an imperfect result.

The inaugural Pillsbury Bake Off of 1966 embodied the industry’s new approach to marketing. The allure of national recognition and appreciation for homemaking skills drew thousands of women to the contest. Flour sales skyrocketed, and women eagerly anticipated the annual event and its companion cookbook.

Meanwhile, the post-war era brought profound changes in women’s attitudes toward paid employment. Six million women served their country by joining the work force during WWII. In a 1944 study, 80% of those employed said they had no wish to leave their jobs after the war. As Lillian Gilbreth noted: “The businesswoman or industrial worker has one job. The housewife has a dozen.” While 3 million women were let go when able-bodied veterans returned to work, the percentage of women working outside the home came close to its wartime high by 1953. Paid employment gave women more challenges, more respect, and more money. The latter contributed mightily to the post-WWII economic boom. By 1960, 40% of women with school-aged children worked outside the home.

Columnist Poppy Cannon supported this sea change by showing readers how to conduct their domestic lives with intelligence, grace, and a modern sensibility. Far from demonizing those who found fulfillment outside the home, she developed strategies to help them live comfortably in both worlds. Interestingly enough, the data showed that women working outside the home were no more likely to avail themselves of processed foods than stay-at-home moms.

Humor became an effective way to bridge the gap between the image of the “perfect housewife” and the reality of the modern woman. Shirley Jackson captured the struggle of the homemaker who narrowly escapes disaster in Life Among the Savages and Raising Demons. Erma Bombeck was the reigning queen of domestic chaos for over 30 years. Her I Hate to Cook Book gave women permission to put a “good enough” dinner on the table without agonizing over it. 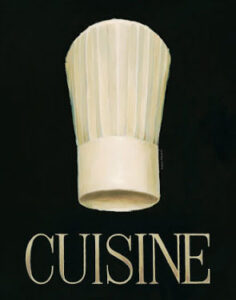 Throughout this period, haute cuisine remained the province of men under the assumption that remarkable cuisine was beyond the capacity of ordinary housewives. Julia Child dispelled that myth. Trained at Le Cordon Bleu in Paris, she had no tolerance for the snobbery that accompanied highbrow cooking. She took up the mantle to teach American cooks how to prepare exquisite meals and proved that anybody could cook like a gourmet chef. Her seminal cookbook – Master the Art of French Cooking – became an unbridled success as did her television show, The French Chef.

Unfortunately, the food industry eventually prevailed in its goal of capturing the American palate. Convenience foods have become so prevalent that the average home cook spends a mere 3.5 hours per week on food preparation, down from 17-18 hours per week in the 1950s. As noted earlier, this change has clear implications for our general health.

Given the prevalence of obesity and the chronic health conditions that accompany it, a return to home cooked meals merits serious consideration. However, the responsibility for healthy eating must transcend the gender divide; working women (whether paid or unpaid) cannot shoulder the burden alone. Ideally, food planning and preparation is a team effort that affords all household members an opportunity to contribute while spending quality time with one another in the kitchen.