This week’s post on leadership features the work of Joseph Jaworski and his international best-selling book Synchronicity: The Inner Path of Leadership. Mr. Jaworski is an attorney, corporate strategist, and founder of the American Leadership Forum, The Global Leadership Initiative, and Generon International, an international consulting firm specializing in organizational renewal.

Jaworski sets the context for his commentary by noting that individuals want to be in contribution to their communities and fulfill their life’s purpose. Fear and a relentless drive for more and more material goods often get in the way of these goals. Great leaders can remove these stumbling blocks by helping people catch a new vision of the world in which we are all a part and establish the means through which every individual engages with it. In this altered world vision, relationships matter, not things, and all people in all places are connected. This concept hearkens back to Bell’s Theorem, which goes something like this: 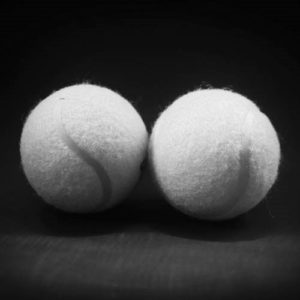 Imagine two paired particles in a two-particle system. If you take them apart any distance and you change the spin on one of the particles, the other will change its spin simultaneously. The experimentally proven phenomenon is the result of the oneness of apparently separate objects.

When extending Bell’s Theorem to humanity, individuals are inextricably part of a larger whole that evolves constantly. As individuals, we are tasked to be open and learn so that we can sense and actualize emerging new realities. As leaders, we must be attuned to human possibilities such that we can provide inspiration, guidance, and stewardship toward their realization. Jaworski defines the deepest territory of leadership as “listening to what is wanting to emerge in the world, and then having the courage to do what is required.”

Far from being a traditional command-and-control presence, Jaworski’s leaders leverage their wisdom and power to serve others. In their work with groups, they are challenged to find ways to dissolve the perception of separateness and help individuals experience one another on an entirely new level. It demands an exceptional talent for listening, an ability to tease out the common threads and shared goals, and the capacity to bring forth confidence to act. This model recognizes that there is extraordinary power in a group committed to a common vision. When groups achieve the shift to wholeness, the membership realizes a profound impact on their insights and achievements. It also increases the likelihood of synchronicity – what C.G. Jung describes as “a meaningful coincidence of two or more events, where something other than the probability of chance is involved.”

“Wholeness” does not entail a dissolution of individuality. Though they make act as one unit, each member of a group retains his or her individual awareness and experience. Likewise, collective action does not require complete agreement. Rather, it encourages people to contribute and participate in a pool of shared meaning that leads to aligned action. For example, individuals may take part in coordinated action yet have different rationales for achieving a shared outcome.

Jaworski’s core message: Destiny stands in need of all of us individually and collectively. We can create the world in which we live. No one’s efforts are too small to make a difference. We must open our eyes and see the possibilities!

A final story punctuates his point:

“Tell me the weight of a snowflake,” a coal mouse asked a wild dove.

“Nothing more than nothing,” was the answer. 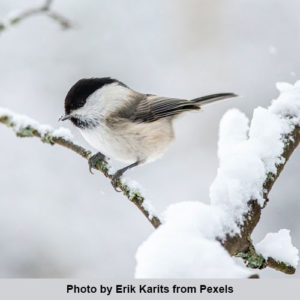 “In that case, I must tell you a marvelous story,” the coal-mouse said. “I sat on the branch of a fir, close to its trunk, when it began to snow – not heavily, not in a ragging blizzard – no, just like in a dream, without a wound and without any violence. Since I did not have anything better to do, I counted the snowflakes settling on the twigs and needles of my branch. Their number was exactly 3,741,952. When the 3,741,953rd dropped onto the branch – nothing more than nothing, as you say – the branch broke off.”

Having said that, the coal-mouse flew away.

The dove, since Noah’s time an authority on the matter, thought about the story for a while, and finally said to herself, “Perhaps there is only one person’s voice lacking for peace to come to the world.”