New York Times columnist David Brooks has made his living observing and commenting on the political and cultural developments of the day. In The Road to Character, he turns his attention to the annuls of history to explore a moral ecology that stands in sharp relief to the prevailing focus on the self. He writes: 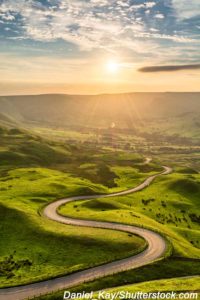 “My general belief is that we’ve accidentally left this moral tradition behind… We’re not more selfish or venal that people in other times, but we’ve lost the understanding of how character is built. The ‘crooked timber’ moral tradition – based on an awareness of sin and the confrontation of sin – was an inheritance passed down from generation to generation. It gave people a clearer sense of how to cultivate the eulogy virtues, how to develop the [better] side of their nature. Without it, there is a certain superficiality to modern culture, especially in the moral sphere.”

Brooks explores this terrain by providing real-life examples of how the shaping of a human soul worked. His intent was to allow his readers to glean important lessons and insights by bearing witness to these extraordinary lives. I found each of these biographies riveting – well worth the time it took to engage them.

While Brooks is loath to suggest that there is a twelve-step program to lead interested parties to a moral life, he identified a number of “threads” that seemed to run through the lives of the individuals that he highlighted in his book. The associated prescriptive for righteous living might read something like this:

For those who might find the narrow path to righteousness stringent, Brooks provides a comforting and salutary observation:

“There is joy in a life filled with interdependence with others, in a life filled with gratitude, reverence, and admiration. There’s joy in freely chosen obedience to people, ideas, and commitments greater than oneself… There’s an aesthetic joy we feel in morally good action, which makes all other joys seem paltry and easy to forsake.”

Read the book and have a vibrant discussion with friends about it. It just may change your life.