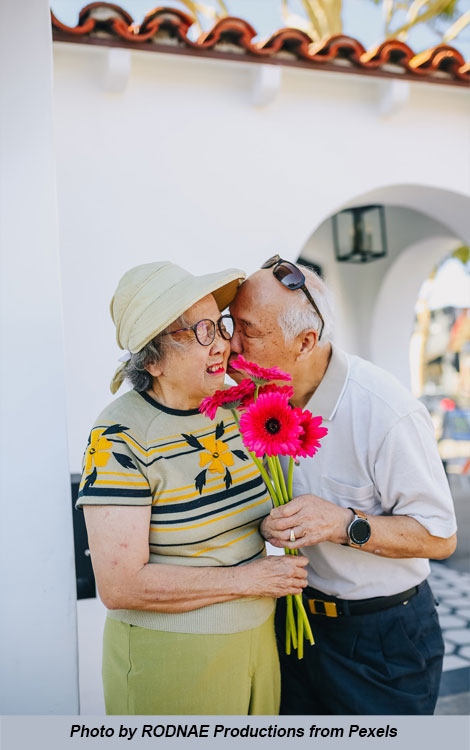 The Good Life Project podcast recently featured a segment on marriage with Drs. John and Judy Gottman, PhDs. They’ve spent decades unearthing the “science of relationship” by placing thousands of couples under a proverbial microscope and seeing how they interact with one another and how they respond physiologically to one another. Dubbed The Love Lab, their research center has been in operation since 1986 at the University of Washington. Its sophisticated mathematical models can predict reliably the future course of a relationship based on observed behavior. You can read all about it in John Gottman’s book Why Marriages Succeed or Fail… And How You Can Make Yours Last.

Love and respect provide the foundation for every healthy marriage. Partners model these qualities by consistently serving up at least five times as many positive feelings toward the other as negative. These feelings include showing interest, expressing affection, being thoughtful, being appreciative, showing concern, demonstrating empathy, being accepting, joking around, and sharing joy.

In addition to embodying a functional style for disagreement, healthy couples use “repair mechanisms” in the midst of disagreements to ensure that they do not spiral out of control. They include:

Gottman defined unhealthy styles of disagreement as either Hostile/Engaged or Hostile/Detached. In the former, the partners argue hotly, often using insults, name-calling, put-downs, and sarcasm. They don’t communicate with the intent to forge understanding. Hostile/Detached approach conflict by being emotionally uninvolved.

Unhealthy marriages manifest toxic negativity that proves corrosive over time. The Gottmans deem these behaviors the Four Horsemen of the Apocalypse.

Criticism constitutes attacking the other party’s character or personality as a means of assigning blame. For example: “You didn’t take the garbage out again. You are so lazy.” Of course, it is perfectly legitimate to lodge a complaint when one’s partner chronically foregoes a previously negotiated responsibility. However, the complaint shouldn’t mutate beyond the specific behavior into a global attack. A complaint is specific and begins with an “I” statement rather than a “You” statement. It also provides a way for the person on the receiving end to be a hero. Revised example: “I am frustrated about the garbage situation. It would take a load off my mind if you could remember to take care of it every Monday night.”

Defensiveness occurs when one feels victimized or attacked and chooses to take up a defensive position. It can manifest as denying responsibility, making excuses, lodging a cross-complaint, yes-butting, whining, and displaying agitated or closed body language (crossing arms and/or legs, shifting weight from one foot to the other, grimacing).

Contempt suggests an intention to insult and psychologically abuse one’s partner. It comes from a place of moral superiority and manifests in insults, name-calling, hostile humor, mockery, and body language (curled lip, rolled eyes). It elicits shame in the other person and weakens their immune system. Contempt may be the most damaging of the Four Horsemen.

Stonewalling provides no communication, no eye contact, no response. It conveys disapproval, icy distance, and smugness. While suggesting detachment, physiological measurements suggest that the stonewaller experiences a heightened state of arousal (“fight or flight”) and may use it to combat the feeling of being overwhelmed.

When these four behaviors take root, the relationship may experience a downward spiraling of discord. Fortunately, there are strategies that all couples can leverage to strengthen their partnerships and avoid suffering.

While all of the foregoing insights came to fruition in the context of marriage, they apply equally well to family, friends, colleagues, and acquaintances.