“I’ve never really viewed myself as particularly talented. Where I excel is ridiculous, sickening work ethic.”
– Will Smith, Actor

Dr. Angela Duckworth, PhD bristles when people attribute greatness to “natural talent.” She understands our tendency to believe that superstar achievers somehow arrive fully formed – i.e., that their particular geniuses arise spontaneously. But natural ability merely suggests a potential for high achievement. What we do with that endowment makes all the difference. She explores the means through which greatness is acquired in her seminal book Grit: The Power of Passion and Perseverance. 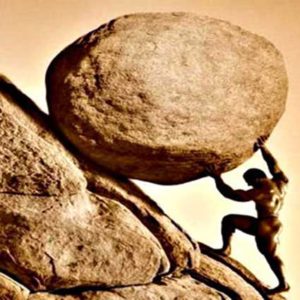 Grit is characterized by enduring devotion. While passion serves as the compass that guides the long and winding road to mastery, enthusiasm comes readily to many who never start or complete their journeys. Perseverance creates the uncommonly successful individual who sustains quiet determination in the face of obstacles and the array of shiny new distractions.

If grit is a keystone to success, can it be developed over one’s lifetime?

Dr. Duckworth’s research says YES! She identifies four psychological assets that cultivate grit from the inside out:

INTEREST: A gaggle of research suggests that when people follow their passions, they experience greater job satisfaction and life happiness. Yet it’s a myth that the act of falling in love with our pursuits is sudden and swift. The science tells us that passion entails discovery, followed by development and a lifetime of deepening. It takes curiosity to engage in the exploration and a willingness to be an unskilled, awkward beginner. Interests take root after multiple encounters and thrive amid a chorus of supporters.

PRACTICE: Experts consistently apply effort with the goal of continuous improvement. They set stretch goals and work on weaknesses. They solicit and act on feedback. They engage in tireless repetition until they’ve reached their goals and the associated skills become second nature. Then they start the process all over again. Experts are also attentive to the times of days and forms of practice that prove most effective for them. Routines are their friends.

“Greatness is many, many individual feats, and each of them is doable.”
–  Don Chambliss, Sociologist

PURPOSE: Passion intensifies when interest/expertise connects with other people, plays a role in a bigger picture, and serves as an expression of deeply held values. This level of engagement typically appears after self-oriented interest and self-disciplined practice. Prosocial sensibilities feed our basic human need to connect and our desire to be useful. Some refer to it as fulfilling a “calling.”

HOPE: Gritty individuals look for temporary and specific reasons for their setbacks and have confidence in their ability to overcome them. They believe that intelligence and competency can be improved with effort. They learn from their mistakes and seek out experiences that will make them stronger and better. They practice positive self-talk and ask for help when needed.

Dr. Duckworth also says that grit can be cultivated from the outside in; attentive parenting and supportive coaching can help young people develop it. As a case in point, a 1978 study by Warren Willingham found that the number one indicator of success in young adulthood was follow-through – that is, multi-year participation in extracurricular activities (e.g., sports, debate team, marching band, orchestra, choir, dance). This engagement cultivates industriousness while affording the opportunity for skill improvement and achievement.

Psychologically wise teachers can have a tremendous impact on student learning. For example, they can critique yet challenge students as follows: “I’m giving you feedback because I have high expectations and I know you can reach them.”

Individuals do well when encouraged to think of themselves as persons who overcome adversity. When something unexpected crops up, they’re asked to put one foot in front of the other and move forward. As she says: