In late 1960, famed French chanteuse Edith Piaf introduced the world to a signature song “Non, je ne regrette rien” (translated “No, I do not regret anything”). NYT best-selling author Daniel H. Pink takes this sentiment to task in The Power of Regret: How Looking Backward Takes Us Forward. 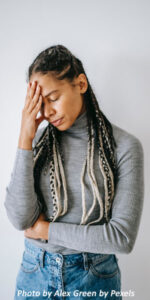 Regret is a common human emotion. The World Regret Survey found that 82% of participants felt regret at least occasionally; only 1% said they never felt it. Regret relies upon our ability to travel back in time cognitively, reimage our pasts and a different unfolding of events, and take on blame for having acted or failing to act. Regret is overwhelmingly associated with an expectation of better outcomes.

Pink identifies four themes into which most of our regrets fall:

These four core regrets are the photo negative of the good life. When we know what people most regret, we can reverse the image and see what they most value. Studies show that we regret inaction more than action by a three-to-one margin. Inaction regrets increase with age.

We realize these benefits when we place regret in the proper context and avoid unproductive rumination. Here are three strategies to do just that:

Where possible, take action. As the Chinese proverb suggests: “The best time to plant a tree is 20 years ago. The second best time is today.” Seize upon what you can control and let the rest go. Find a redemptive narrative that allows for silver linings.