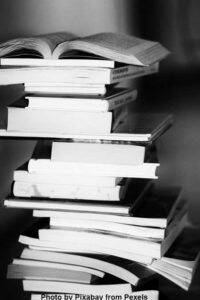 I’ve written a few posts on happiness based on books I’ve read on the subject. They’ve largely focused on strategies for increasing our baseline positivity and sense of satisfaction. For a slightly different take on the matter, I read Arthur C. Brooks’ book Gross National Happiness: Why Happiness Matters for America and How We Can Get More of It. He looks at the empirical data – i.e., who America’s happiest people are – and draws inferences from it. He asserts that happiness is in the nation’s best interest because happy people treat others better, are more charitable, act with greater integrity, and are better citizens. Here’s what his research says:

People who practice religion tend to be happier and more optimistic than their secular counterparts. On average, they’re better educated and more worldly. In addition to the comfort provided by their belief systems, they tend to have larger families, enjoy a vibrant community of support, and sustain a strong service ethic.

Marriage is good for happiness. It provides a basis of support for the parties and encourages social connection. Higher quality marriages correlate with a higher degree of happiness. Such marriages are influenced by 5 factors: shared chores, good housing, adequate income, good sex, and faithfulness.

Children do not create happiness in marriage. In fact, they can be stressors. But children do confer meaning – i.e., a deep sense of purpose while assuming the mantle for nurturing the development of a human being. They also provide the feeling of unconditional love. Both sensibilities counterbalance the happiness handicap. Of note is the fact that childless seniors have not been shown to be more depressed or lonely than seniors with children. In later years, friendship matters more than family relationships.

Happiness and freedom go together. Societies that enjoy political and economic freedom engender greater happiness than restrictive or oppressive regimes. However, people who claimed the greatest moral freedom were less happy than those who voluntarily adhered to moral precepts. Reasonable boundaries are good for us. Excess choice may prove overwhelming, leading to indecision and/or chronic regret. Optimal happiness is a function of individual liberty, personal morality, and moderation.

Work is an authentic source of happiness. We feel good when we enjoy what we do, find meaning in our contributions, and believe ourselves to be in charge of our destinies. An earned living instills self-confidence alongside the joy of achievement. Money and benefits matter less than success. People hate the prospect of being unemployed. Idleness is associated with elevated misery.

Easy money (e.g., lottery winnings) does not confer happiness. After the initial euphoria, we adapt to our new lifestyles and return to our baseline happiness.

Possessions do not make us a happy. Like easy money, we adapt readily to newfound possessions and return to our baseline happiness. We become unhappy when comparing our possessions with others and finding ours wanting. Craving makes us unhappy.

Generosity makes us happy. People who give charitably are happier, and happy people tend to be the most charitable. Donors find meaning in supporting organizations aligned with their interests and values. Volunteers feel a notable uptick in morale, self-esteem, and social integration when being of service.

In sum, happiness correlates with traditional values – faith, family, freedom, nonmaterialism, opportunity, hard work, and charity. Not surprisingly, the author notes that conservatives have been shown to be happier than liberals.

Brooks provides quite a few suggestions for public policy based on his research. Given that his book was published in 2008, I wonder how his findings might change in light of political and sociological developments during that past 10+ years.