I was diagnosed with mononucleosis as a kid. I don’t remember much about it other than a prolonged absence from school. I thought it was a one of those once-and-done childhood illnesses. I was wrong! Here’s what I’ve learned since… 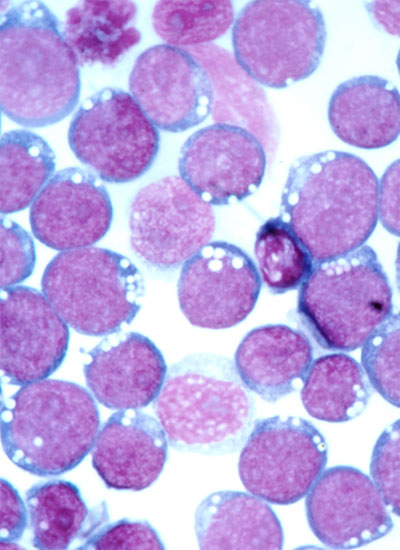 Epstein-Barr virus (EBV) causes mononucleosis. It targets lymphocytes and epithelial cells (i.e., those lining the mouth, tongue, and nose) and uses them as breeding grounds. Once infected, people may experience fatigue, fever, sore throat, swollen lymph nodes, enlarged spleen, rash, etc. Symptoms typically abate within 2-4 weeks, although some folks remain under the weather for weeks or even months.

Transmission occurs via bodily fluids. Common forms of contact include kissing, sharing food and drinks, sharing cups and utensils, and having contact with toys that kids have drooled on. Most people get infected with EBV at some point in their lives. Once infected, the virus hangs around for life. Fortunately, a properly functioning immune system can keep it in check.

Because the symptoms are similar to a lot of other viral conditions, physicians test for EBV antibodies to make a positive diagnosis. According to the Center for Disease Control (CDC), these antibodies include:

I got interested in EBV when my doctor suggested that my hearty little EBV band had reasserted itself, thereby resulting in chronic fatigue. So, I did a little research to see if anyone is working on a cure. Apparently, there isn’t one. Some folks are working to develop a vaccine to prevent infection. Unfortunately, those efforts would not benefit those among us who have already been afflicted.

Finally, I’ve been reading The Power of Now by Eckhart Tolle. He writes about a simple form of meditation that has been shown to boost immune function. While lying in a relaxed position on your back, focus on each body part successively for 15+ seconds, going from toe-to-head. Think about flooding each part with healing energy. After focusing intentionally on the parts, think about flowing waves of energy pulsing up and down the whole body. Do this practice first thing in the morning and right before nodding off to sleep at night.

While it’s disappointing that I can’t just “take a pill” and be done with it, I take heart in the things I can do to be kind to my body and help it heal. My treatment has already produced tangible results in my blood work, and I feel so much better. I’ll keep some form of it up permanently… just to make sure that pernicious little virus doesn’t wreak any more havoc!