In 1994, a brewing civil war between rival factions in Rwanda erupted into a bloody massacre. Over the course of 100 days, upwards of one million Tutsi and politically moderate Hutu were exterminated via carefully orchestrated attacks by the interim government. As with other modern-day genocides, the perpetrators made effective use of media to demonize and dehumanize their adversaries while whipping up their followers into a hate-filled and fear-laden frenzy. Folks who might otherwise have simply gone about the business of living took up arms and committed acts of unspeakable horror. 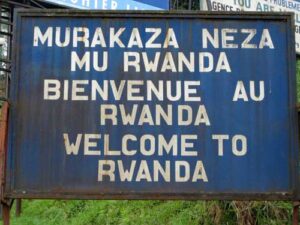 In 2007, I traveled to Rwanda with a collective of professors, students, and alumni from the Duke Divinity School. We entered deeply into the history of the country, visited genocide memorial sites, and listened to eye witness accounts of those earth-shattering days. It was hard to fathom the violence that had erupted years earlier given the astonishing beauty, tranquility, and orderliness of the place. But it did happen, and Rwandans have had to find a way forward to pursue justice and community building in its aftermath.

While one hopes that conditions in this country are a far cry from all that, one cannot help but notice the same undercurrents on our political landscape. Our beloved e pluribus unum (out of many, one) has become a frayed tapestry at threat of losing its shape and substance. Where once civil discourse prevailed over national, state, and local policy, we now have threats, insults, and suspicions. We seem to have forgotten our shared humanity, our common goals, and the wealth of benefits we accrue when working together collaboratively and harmoniously.

For those who share my discomfort with the current state of affairs, I commend you to Dr. Jamil Zaki’s book The War for Kindness: Building Empathy in a Fractured World. He provides a crash course in the neurological basis of empathy, the challenges we face in the modern world, and strategies to reclaim this essential building block of civilized society.

Empathy provides the opportunity to “walk a mile in other people’s shoes” and make guesses about what it feels like to be them. Cognitive empathy gives us different perspectives on the world. Emotional empathy engenders feelings that others might be experiencing. Empathetic concern provides a modicum of emotional distance while motivating us to act in another person’s behalf. All such expressions have as their goal an increase in kindness and compassion.

Two schools of thought once pervaded discourse on empathy. One school deemed empathy a relatively immutable trait. One was or was not an empathetic person. A second school deemed it a spontaneous, reflexive, unthinking response to external stimuli. Both schools have been proven wrong. While acknowledging some genetic influence, Zaki provides solid evidence that empathy is a skill that may be cultivated. And while empathy may spring forth naturally for some and less so for others, everyone can learn to moderate its expression. Experience, environments, and habits also play a role.

A consistent practice of metta meditation has beneficial effects on the capacity for empathy. In it, we direct loving kindness toward ourselves, someone we love, someone toward whom we are neutral, someone with whom we have difficulty, and toward all beings in a sequence of expansion. For example, one may cycle through these thoughts for each object of our attention:

When university students engaged in this practice, they reported elevated focus, more nuanced emotional experiences, an improved capacity to sense others’ feelings, greater generosity, and a clear recognition of our common humanity.

For communities embroiled in conflict, hatred often buries empathy… but does not kill it. In the 1950s, psychologist Gordon Allport asserted that “bigotry often boils down to a lack of acquaintance.” When people live, work, or play together, divisions between them can melt away given the right kind of contact. Such efforts work best when reversing existing power constructs – notably, giving voice to those who are typically silenced and encouraging those in power to listen attentively. I experienced the healing power of intentional community building in a Rwandan church comprised of perpetrators and victims of the genocide. The local gacaca worked to mete out justice to those who had committed wrong; the church served to heal wounds through the time-honored act of worship and sharing meals. 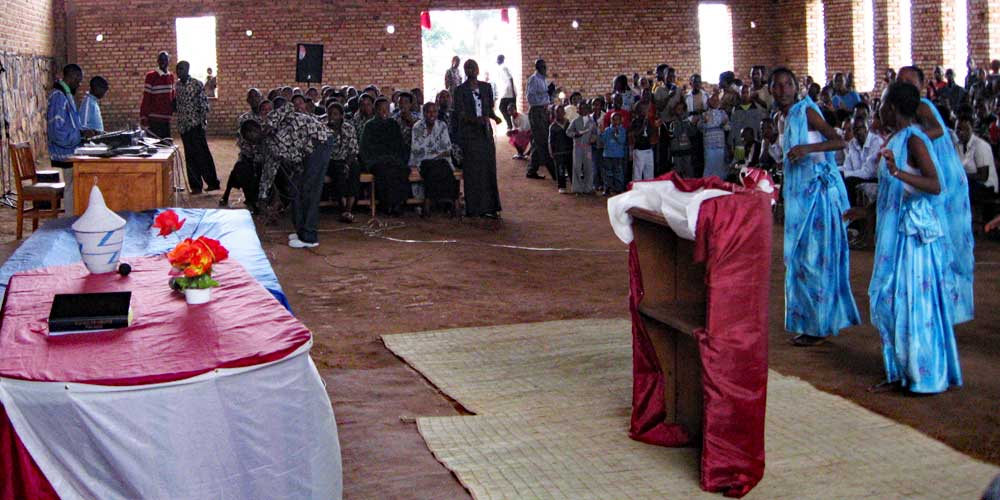 Listening also proves a critical skill for establishing relationship with members of hate groups. These folks expect outsiders to judge them and promote change; they’re very well-defended in rebuffing such attempts. One must listen nonjudgmentally and show a genuine interest in their perspectives. It confers respect and gives them the opportunity to experience compassion. It also opens the door to envision a future in which they see themselves as both caring and cared for. Those who’ve left such groups have referred to themselves as “formers”: former members of a group, and forming themselves into something new.

Arts and literature provide endless opportunities to walk in other shoes. When lost in a good book, I experience the characters’ perspectives and emotions while sharing a slice of their lives from the comfort and safety of my sofa. Theater arts grow its practitioners’ cognitive empathy as they prepare to embody their roles and make them come alive on the stage or screen. Both avid readers and actors have demonstrated above average skill in empathy.

Of course, an excess of empathy can lead to compassion fatigue and its attendant impact on the body – e.g., low-grade inflammation, disrupted sleep, cellular aging, depression, substance abuse. Health care professionals who ignore their feelings increase the risk of making inaccurate diagnoses and taking out their frustrations on patients. When able to draw awareness to their feelings, they are much more likely to express empathetic concern rather than empathetic distress. It allows them to care about others without internalizing their pain. Mindfulness training has proven effective in cultivating this skill.

Finally, Zaki tells us that empathy is personal, but it is also collective. We tend to copy what other people do and think – or, at least, what we think they think. Unfortunately, the loudest voices at the extremes often mute our sense for the abiding kindness of the majority. When tempted to get drawn into the we-they trap, choose to believe in everyone’s highest selves and act in a way that lets their better natures surface.