Most of us can recite the reasons why exercise is good for our bodies. Aerobic exercise strengthens our cardiovascular system and raises our metabolic rates. An elevated metabolism burns more calories which helps us maintain a healthy weight. Load-bearing exercise (a.k.a. “pumping iron”) builds muscles and strengthens bones. And a daily dose of vigorous exercise can help us sleep better at night. In SPARK: The Revolutionary New Science of Exercise and the Brain, Dr. John J. Ratey, MD gives us yet another reason to move. Exercise gets our brains to function at peak efficiency. 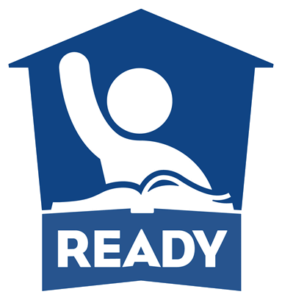 The last point merits special attention. Naperville’s District 203 students placed among the highest echelons of students academically in the U.S. and abroad. Some dismissed these results given Naperville’s favorable socioeconomic standing (although District 203 compared favorably to schools with comparable demographics). Titusville serves an underprivileged population. Their students went from below average performance statewide to 17% above average in reading and 18% above average in math. Moreover, they experienced a near absence of fist fights. Both districts also reported very low rates of childhood obesity.

For the record, Physical Education (PE) at Naperville and Titusville isn’t the “stand around and wait your turn to bat a ball” kind of fitness. Nor is it a one-size-fits-all program. Kids are encouraged to find an activity they enjoy with the right level of effort to elevate their heart rates to their target zones. If kids like wall climbing, they climb walls (and enjoy their classmates’ cheers and encouragement while doing it). If they’re slow runners but manage to get their heart rates up, they’ll receive praise for working at their own paces.

The other end of the age spectrum also provides “demonstration plots.” Among elderly populations, those who are educated, confident in their ability to effect positive change (a.k.a. “self-efficacious”), and exercised exhibit the least cognition decline.

From this launching pad, Dr. Ratey’s book dives into the neuroscience behind the beneficial impact of exercise. Here’s a high-level summary:

Dr. Ratey’s anti-aging prescription for exercise: 60 minutes of aerobic exercise at least 4x per week; strength training at least 2x per week to build strong bones and ward off osteoporosis; and, 30 minutes of flexibility and balance exercise 2x per week. It may seem rather daunting, but your body and your brain will love you for it!