According to the Center for Disease Control, chronic disease is the leading driver of the nation’s $3.5 trillion annual healthcare costs. Such conditions include heart disease, cancer, chronic lung disease, stroke, Alzheimer’s disease, diabetes, chronic kidney disease, and others. Six in 10 adults have a chronic disease; four in 10 have two or more. Risk factors include tobacco use (and exposure to secondhand smoke), poor nutrition, a sedentary lifestyle, and alcohol or drug abuse. 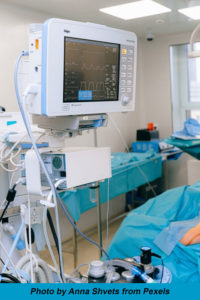 Today’s healthcare system largely treats these conditions with procedures and prescriptions. Unfortunately, it’s not really working. As a society, we keep getting sicker and sicker while we continue expanding our waistlines. Today, two-thirds of Americans are either overweight or obese. Excess body fat is another risk factor for chronic disease.

A new documentary sounds the alarm for our “misguided healthcare system” and “antiquated medical education model.” It’s entitled Code Blue: What Your Doctor Doesn’t Know Will SHOCK You.

The film’s producer and principal narrator has a vested interest in overhauling our medical care model. Dr. Satay Stancic was a third year resident when she was diagnosed with multiple sclerosis. It’s a disease for which there is no cure; doctors simply hope to slow its progression. With a prognosis of life in a wheelchair within 20 years, Dr. Stancic started a nightly regimen of injections along with up to 12 prescription drugs. She felt lousy and had flu-like symptoms. She decided to pursue lifestyle changes to quell the disease. She adopted a whole food, plant-based diet in 2003 and started exercising. She was able to get off her medications entirely by 2010. In a follow-up visit 21 years into the disease process, she remained asymptomatic, and her MRIs showed no material progression of the disease.

An avalanche of scientific evidence makes the connection between lifestyle choices and disease. In the 1950s, Dr. T. Colin Campbell’s China Study explored the dietary habits of 6,500 Chinese citizens across 130 villages. They consumed 1/10th the animal protein of their U.S. counterparts, and heart disease was almost non-existent. In the 1960s, North Karelia Finland had the highest incidence of heart disease in the world. They changed their dietary patterns. From 1972 to 2012, they saw an 82% reduction in coronary death and a 10-year extension to their lives. Dr. Michael Greger, MD has dedicated an entire website to the presentation of scientific data on nutrition. It overwhelming extols the virtues of a whole food, plant-based diet supplemented with exercise and avoidance of tobacco, alcohol, and drugs.

And yet, we aren’t listening. Every decade since the 1950s, we’re been eating more fat, more sugar, more meat, and more calories. Most Americans get twice the protein that they really need. Moreover, 65% of our food is processed, robbing us of vital nutrients to sustain healthy bodies. In fact, the World Health Organization declared processed meats a carcinogen in 2015! 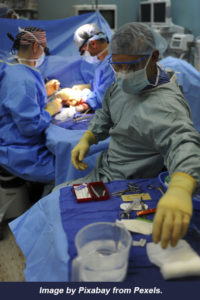 Unfortunately, the institutions that could take a stand for our health haven’t taken up that mantle. The USDA promotes the health and well-being of American agriculture – that is, the business side of the equation. So, they are hardly anxious to point the finger at the deleterious impact of our current food production. Big Pharma makes gazillions of dollars selling prescription drugs and channels its profits into the kind of medical research and practice that perpetuates the status quo. While cardiovascular disease has been the #1 killer for years, open heart surgery remains one of the most profitable procedures in modern hospitals. That’s a strong financial disincentive to effect a cure! Medical schools continue to train physicians in the identification of disease and the procedures and prescription drugs used to treat them. The filmmakers tell us that:

Fortunately, physicians like Dr. Stancic are endeavoring to turn the tide. They’re all about prevention before chronic disease has the chance to take root. Their mission: To change medical culture for doctors, patients, and academia. A few medical schools are also starting to get with the program. The University of South Carolina teaches Lifestyle Medicine across all 4 years. Rutgers has a Lifestyle Medicine Interest Group. Stanford offers a non-credit course. And a medical practice in the Lone Star State – Houston Cardiac Associates – provides a course on “culinary medicine”!

I’m on board with the practice of lifestyle medicine as mediated through my naturopath and the gaggle of books that I’ve been reading. We exercise, and our diet is predominantly whole food, plant based. But it has not been a cake walk to sustain it. I spend a lot of time cooking, and I’ve had to teach myself how to create savory meals without meat, poultry, or fish. But the proof is in the proverbial pudding: we’re in great shape with stellar blood work and no disabling conditions. So, we’ll stick with it!