Four years ago this week, my family dynamic changed. In the wee hours of September 4, 2014, my elderly father fell en route to the bathroom and couldn’t get off the floor. My husband and I rushed to the apartment and (barely) managed to get him back on his feet and into bed. Within the week, his care needs argued for placement in a skilled nursing facility. In the process, Mom asked me to step in and take charge of their financial and administrative affairs.

As several of my friends find themselves on the cusp of assuming a similar role, I thought I’d share some insights from my experience. 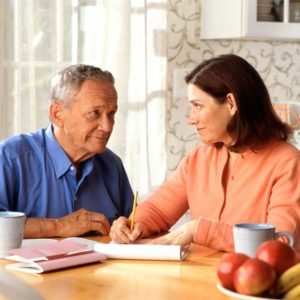 Trust is a prerequisite for success. Turning over one’s financial affairs is akin to placing one’s life in another person’s hands. There’s a very real sense of vulnerability that accompanies the surrendering of control. My parents would not have taken that step unless they had absolute confidence that I would act in integrity and pursue their wishes to the letter. For peace of mind, I made sure to review the state of their affairs at regular intervals.

It helped to have my name on their checking account in advance. We added that provision when they moved to the area to make sure that I could jump in and pay bills at a moment’s notice. When Mom decided that she was ready to relinquish her money managing responsibility, it was easy for me to pick up the reins. It also enabled me to balance the check book while assessing their liquidity and cash flow.

My parents each signed a Power of Attorney (POA) to empower me to act on their behalf. They’d previously executed POAs naming one another as their preferred agent with me as a back-up. In that arrangement, I was told that each would have to either formally disavow that role or have the court declare incompetency before I could act. Suffice it to say, it was much easier to prepare new documents while both parents were mentally up to the task. It was a little tricky getting a Notary Public to Dad’s room given his incapacity, but we managed just fine.

I worked with their financial institutions to register the POAs. This task was a bit tricky as it takes more than simply presenting the documents to get it done. Each institution had a separate document to accompany the POA in which I had to declare my willingness to serve as a fiduciary. While I certainly understand the rationale for taking this step, the branch personnel had trouble figuring out how to do it. Word to the wise: Get this step done well in advance of needing to take action.

I sent forms into the federal and state tax authorities to allow me to act in my parents’ behalf. The federal and state governments do not recognize POAs. They’ve got their own forms. It’s not a big deal; it’s just something that has to be done. However, the federal form demands that you name the tax years for which you’ll be granted POA. You can specify all prior years and up to 3 years in the future. If you’ll be taking care of your parents’ returns for many years to come, you’ll need to renew the federal form periodically. 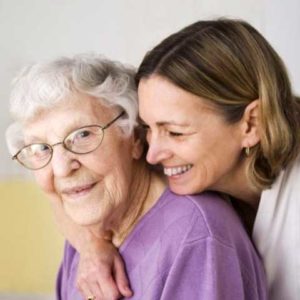 I should have worked with my folks’ retirement and health benefit providers to set up the POAs before I needed them. Most of my parents’ benefits were issued in my father’s name. There was a fair amount of activity surrounding the transition to Mom’s name after Dad passed. It took 6 weeks from the time I submitted Mom’s POA to the legal department for review/approval until the document was in force. During that interval, I had to get Mom on the phone every time I needed to contact the center.

Dad and Mom made all of their final arrangements long before they needed them. They signed a contract with a funeral home that specified in detail what they wanted done with their remains. Their estate plan allows for an orderly transition of financial assets and personal property. These plans ensure that their wishes are followed. They also create the space for loved ones to grieve without the burden of navigating the court system to settle their affairs.

I understand why people avoid working through all of the foregoing. The subject matter is unpleasant, and it can be awkward to talk about it. I would argue that a little bit of planning and preparation makes life much easier for all concerned in the long run. And just because you put these plans in place doesn’t mean you have to act on them. Your parents can continue managing their own affairs until they choose to relinquish control or circumstances arise that force a decision.