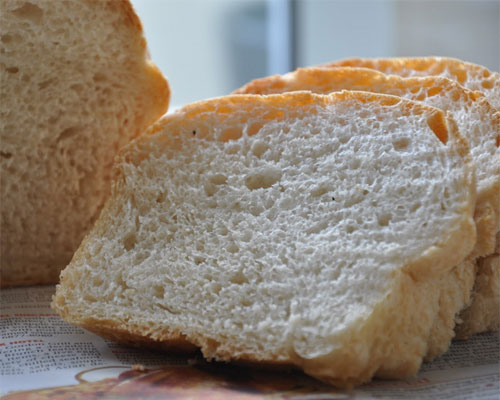 I love bread. I absolutely love it! Slather it with butter or dip it into extra virgin olive oil, and I’m in seventh heaven. So I was relieved years ago when a food allergy test came up negative for gluten sensitivity. That being said, I’ve read books by a number of folks who recommend jumping on the “gluten free” bandwagon, especially if you’ve received any form of autoimmune diagnosis.

A gluten-free diet is a no-brainer for folks with celiac disease (~1% of the population). Gluten wreaks havoc on their intestines and impairs their ability to absorb nutrients from foods. An even smaller percentage of the population tests positive for a food allergy to wheat and should avoid eating it. Moreover, wheat-related antibodies may cross-react with dairy proteins, oats, brewer’s yeast, baker’s yeast, sorghum, millet, corn, rice, and potatoes, causing an allergic response to these foods as well. Other folks claim to be “gluten sensitive” – i.e., they report feeling better when avoiding gluten even though blood tests do not suggest an autoimmune or allergic response.

The prevelence of gluten-related disease, allergy, and sensitivity may seem odd given that wheat, barley, and rye have been staples in the human diet for centuries. Why are we having so much trouble with them now?

According to autoimmune disease pundits, today’s breads have far more gluten than the ones our ancestors ate. This deluge of gluten comes with an excess of prolamins (a type of lectin) and protease inhibitors that challenge our standard complement of digestive enzymes. So when we eat modern day wheat-, barley-, and rye-based products, our bodies can’t break the complex proteins apart into essential amino acids from which they synthesize fuel. And when undigested food hangs around the gut, it feeds unhealthy pathogens which deprive our life-sustaining bacteria of vital nutrients. Gluten also has the ability to permeate the gut wall in between and through the cell lining. In fact, intracellular transport of prolamins has been associated with a dying back of cells in the lining, leaving a hole. Leaks and holes allow partially digested foods and pathogens to enter the bloodstream, giving rise to an immune response.

In Wheat Belly, Cardiologist William Davis, MD makes the connection between wheat consumption and the rise of obesity in the United States. He claims that processed wheat has a high glycemic index with elevates blood sugar, stimulates appetite, and generates withdrawal symptoms upon its removal. It is associated with a rise in visceral fat accumulation (a.k.a., belly fat) which engenders a host of inflammatory responses. Its production of Advanced Glycation End (AGE) products also accelerates aging.

Finally, famed neurologist Dr. David Perlmutter tells us that gluten sensitivity damages neural networks. Since the brain lacks pain receptors, gluten-induced cognitive impairment might be taking hold without an obvious physical trigger to alert the affected individual of a problem.

Having taken in all this information, I decided to visit nutritionfacts.org, a non-commercial, science-based public service provided by Dr. Michael Greger, MD that offers the latest in nutrition research via bite-sized videos. His gluten-oriented videos offer a different perspective:

As I said, I love bread, so it’s far from easy for me to give it up. I haven’t had a bite for 10 weeks and 4 days (but who’s counting?) Still, I haven’t closed the door on gluten. I’ll likely explore options for adding whole grains into my diet while leaving the processed stuff out.

Go to www.nutritionfacts.org and then type “gluten” in the search box!

The Paleo Approach: Reverse Autoimmune Disease and Heal Your Body, by Sarah Ballantyne, ©2016

Wheat Belly: Lose the Wheat, Lose the Weight, and Find Your Path Back to Health, by William Davis, MD, ©2011

The Autoimmune Fix: How to Stop the Hidden Autoimmune Damage That Keeps You Sick, Fat, and Tired Before It Turns Into Disease, by Tom O’Bryan, MD, ©2016